6 Mind Tricks That Could Help Persuade People to Buy More 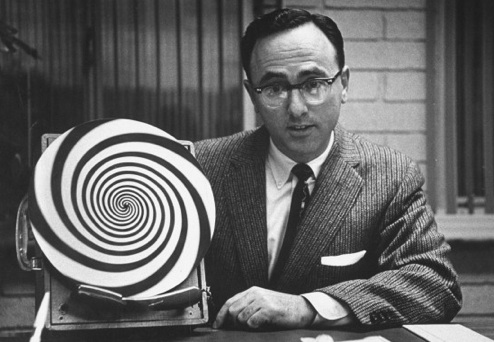 Convincing visitors to buy is not velvet.

You have to fight off their natural skepticism, overcome sales objections, present your store as better than the next competitor and…

Ask any seasoned retailer and they’ll tell you:

And here are 6 you can safely use to help persuade visitors to buy from you.

1. Use Scarcity and Urgency to Get Customers to Act Now

I’m sure you’ve seen these on ecommerce sites before:

And I’m also sure you’ve fallen for this old sales technique more than once.

Urgency is one of the oldest techniques to get customers to act now.

It’s a fact: many customers like to stall on a sale. They evaluate their options, procrastinate and ignore discounts in hope of finding a better one.

Urgency, however, pushes them to act now and in a very simple way.

It simply gives them a reason to do so.

Since the sale will soon be over, it’s better to get the product now. Or if there are only 2 items left in stock…well, best to get it. It might be gone by the time you come back for it later.

This is called a commodity theory and in his 1991 paper “Scarcity Effects on Value” Michael Lynn describes it:

“Commodity theory (Brock, 1968) deals with the psychological effects of scarcity. According to the theory, scarcity enhances the value (or desirability) of anything that can be possessed, is useful to its possessor, and is transferable from one person to another.”

In 1975, three researchers Worchel, Lee and Adewole tested this theory by asking people to rate chocolate cookies. But, they didn’t just show them the product. They put 10 cookies into one jar and two cookies to another jar. Both jars contained the same cookies just different quantity.

Cookies from the second jar were rated twice as high as from the one containing the bigger amount of cookies (source).

So if you want to persuade customers to buy more (and probably pay more too), create a sense of urgency and scarcity about a product. I’ve posted some more ideas on how to do it here. You can also learn how to use urgency without sounding sleazy here on Ecommerce Insiders.

2. Use the “Me Too” Effect to Control People’s Actions

You pick a busy restaurant even though it means having to wait for a table to an empty one where you could get seated right away.

Or got convinced to buy a product just because the box says that hundreds of customers were happy about it.

If so, you’re not the only one.

This behavior is called a social proof and in short it means that we are likely to conform to the actions of others under the assumption that they are correct.

In 1998 David Wooten conducted two separate experiments proving that when evaluating a product, customers were more likely to base their decision on the opinions of others (source).

There is a number of ways you could use social proof on your site:

I went through all of them in my previous article on the subject here on Ecommerce Insiders here.

3. Show Customers What Others Are Doing

This mind trick is a variation of the social proof method we just discussed.

People often feel reassured knowing how others have used your site before.

You can use this mind trick by displaying:

Have you heard of a theory called “Action Paralysis”?

In short it states that without reference parameters we may never make a decision.

In one experiment some prospects were simply asked to donate while others were also told that even a penny’s going to help (source).

The result? People in the second group were far more likely to donate because of the minimal parameters set. Since they were told that even a penny would do, they didn’t have to worry if what they had would be enough to donate.

In other words, suggesting a small action might make people more willing to make a move. If you sell a high priced items for instance, getting people to just inquire via email or request a demo might be easier than expecting them to buy right away.

5. Label Customers as Premium to Get Them to Spend More

Did you know that customers who are labelled “special” in any way tend to spend more?

According to many studies, people like being part of exclusive groups that naturally imply higher status.

That’s why creating exclusive customer groups, clubs, or grouping best clients together works so well for airlines and other companies.

6. Display Price in a Way That Makes It Feel Smaller

Did you know that displaying a price in smaller font would make it seem lower than it really is?

Or that juxtaposing a higher priced item with even more expensive one would make the former seem of a better value?

And that rounding up numbers will help with enticing more emotional purchases?

The way you present the price could affect a customer and get them to think it’s lower than it really is or that the product is of a higher quality.

I’ve posted a thorough guide to pricing tricks you could use to change the perception of a product’s cost. Check it out here.