6 Psychological Pricing Strategies That Can Help Increase Your Revenue 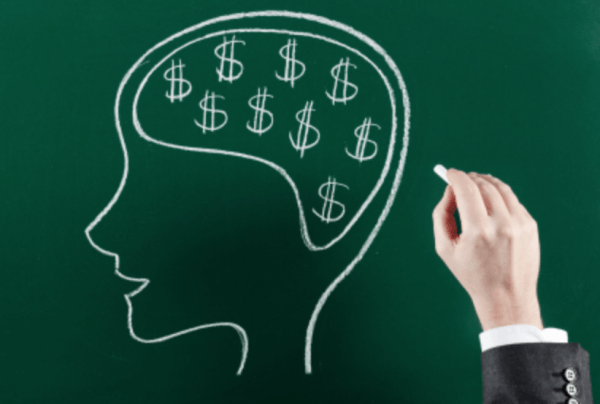 I don’t know if this story is true but…

Apparently the company that developed the first bread maker had a problem.

But someone smart at the company had an idea and decided to create another bread maker, one with a feature set similar to the original one but sold for a bigger price.

And suddenly the sales of the original machine took off.

Yup. And you know why it worked?

Because, apparently the context in which the price is presented matters.

Customers seeing a single item had nothing else to compare it with and thus, no context in which to justify the price. Another bread maker made it easier to compare the two and establish which one delivers the best value for money.

But what’s the lesson from this?

It’s that there is more to price than just a number.

And in this post I’ll show you some psychological pricing strategies you could use to increase sales of your products.

Let’s roll it then…

Strategy #1: Round Prices Up to Increase Emotional Purchases

We process round up prices, e.g. $17 much quicker and thus they work better for emotional purchases.

According to a research by Monica Wadhwa and Kuangjie Zhang published earlier this year in the Journal of Consumer Research, our minds process rounded numbers more fluently and quickly and thus, work better in situations where we need to make a quick buying decision.

If you sell products that are purchased on emotion or impulse, use a rounded price to avoid customers having to spend too much time analyzing it.

On the other hand, if the product you sell is often purchased on a particular rationale, it is much better to leave the cents in, eg. $17.25.

Strategy #2: Use a Higher Price if You Need to Highlight Product’s Quality

A research published in the Journal of Sensory Studies for instance found that we enjoy food more if we pay more for it (source).

In one test, researchers charged some customers at an all-you-can-eat buffet $4 per meal while others had to pay twice as much. Then researchers asked customers to fill in a short questionnaire on their way out.

“Diners who paid the higher price rated the whole lunch more highly, and judged the pizza more favorably on measures of taste, satisfaction and enjoyment.” (Source).

Experiments conducted with other products have delivered similar results.

What’s the lesson from this then? Slashing prices doesn’t always mean happier or more customers. For certain products a higher price might attract more quality-oriented customers.

When you’re trying to position a product as high-value, consider increasing the price to create a higher quality perception.

We’ve already talked about the power of context on our perception of price:

Placing a low priced item next to a more expensive one but with only a small difference between them might make the lower priced model seem a better value.

But did you know that announcing where the product has been originally obtained from could achieve the same effect?

In one study, researchers from Vanderbilt University asked participants to purchase a bottle of Budweiser beer on their behalf.

Some participants were told that a bottle would be bought in a local run down grocery store. Others would get theirs from a fancy posh hotel nearby.

And needless to say, participants were willing to pay more for a bottle purchased in a hotel, even though the store offered the same beer.

Strategy #4: Use the Left-Digit Effect to Create a Perception that Price is Actually Lower

I’m sure you noticed:

Most prices today end with the digit 9.

There are many theories why this is happening but turns out that in reality, it’s not about the digit 9 at all.

According to research, the left-most digit of the price affects our perception of the price.

Decrease prices of high-ticket items to reduce their price perception. In a case of expensive, over $1000 items this might mean the reduction in perception by even a hundred.

It seems almost unbelievable but…

People will perceive your price as lower if you display it in a smaller font.

According to this 2005 research by Coulter & Coulter price is often interpreted similarly to representations associated with other dimensions (i.e. size). And thus as the research finds:

It simply means that price presented in smaller font, especially if juxtaposed with a larger element next to it, will seem lower.

According to the Weber-Fechner law, there is a strict relationship between a quantity or intensity of something and how much more must be added to it until we notice that anything was even added.

In other words, we don’t notice small changes of something (i.e. size of a meal in a restaurant etc.) and will only realize a change once its intensity reached what’s known as discrimination threshold.

What’s important, the discrimination threshold changes depending on how much something there was before we added anything.

It’s only when you reach the discrimination threshold the customers are going to notice the difference.

Price is more than just a number. If presented in the right context, even a higher price might seem lower and more attractive to customers.

If you’re looking for ways to increase your store’s revenue, consider trying some of these pricing strategies to influence people to buy your products.