Emotional Triggers: How To Stop Wasting Money On PPC Ads!

Posted on January 3, 2018 by Terri Scott in Featured, Google, Paid Search with 0 Comments 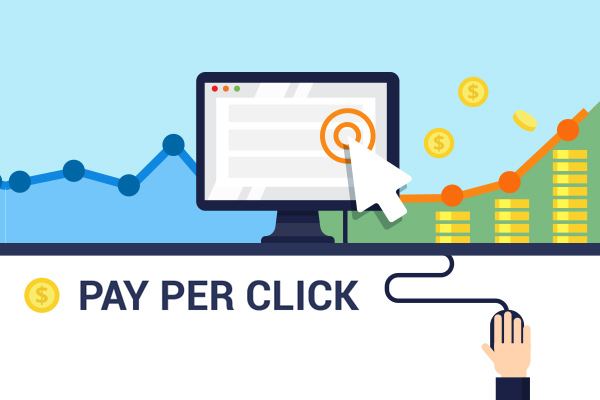 When’s the last time that you’ve taken a moment to truly read and observe what they’re trying to convey?

If you’ve taken even a momentary glance, then you’ll notice a few things:

Really! Take a look at the average PPC ad, and in particular, the average eCommerce retailer ad.

You might notice that the retailer is advertising a sale, or they might mention a brand name that they’re carrying. But that’s pretty much it!

So…the potential customer sees the ad. Then they might notice that a product is on sale. But there’s no real incentive for anyone to click on the ad. And that’s a shame because:

So what’s a retailer to do when the usual tactics aren’t working? They can use alternative (yet Google-friendly) tactics to start turning their ads into click-generating soldiers.

How about using triggers based on common human emotions in order to turn those cold, dormant ads into a hot, money-generating army for your next marketing campaign?

Why becoming emotional is a great thing

In marketing, it’s been said that people don’t buy hammers to push nails into their walls. They buy the hammer to hang up photos that contain their memories.

As you can gather, at the end of the day, people are emotionally driven. Yes, their initial reactions are often based upon logic, statistics, or needs, but when it’s all said and done, it’s their emotions that trigger a response.

And this is something that eCommerce marketers need to clue into. In fact, honing in on very specific emotional triggers is the key that unlocks responses that would never become provoked with the typical generic ads that often litter the Google search result pages.

So with this in mind, here’s some examples of the most common, most powerful emotional classifications that act like an invisible hand on the back, driving customers into action.

There’s others, but let’s take a look at a few of these, and explore how you can leverage emotion in your next campaign, so you can stop wasting money on boring, non-converting PPC ads.

Anger is powerful! And a marketer might experience fear (See what I just did?) in using anger as a marketing trigger. But for those who are too afraid to go there with anger, they’re missing out!

After all, to deny anger is to deny one of the most common human emotions! Everyone has experienced anger in their search for something, or in their quest to resolve a problem. And any good marketer knows that in order to differentiate themselves from the pack, they have to present themselves as the solution to a problem.

So why not touch upon a customer’s anger while presenting your product or service as the solution to the problem? Better yet, why not present your company as the hero who wants to save the potential customer from their villainous problems.

Here’s how a Wordstream article author puts the anger trigger into action:

Let’s write an ad from a divorce lawyer’s standpoint using my coveted process. Who’s the customer? A pissed off woman. What persona do we want to play on? The hero/villain dynamic.

(Or) here’s a real-life example…We’ve all heard the commercials on daytime TV in between Jerry Springer and Judge Judy. I don’t think I’ll ever forget the JG Wentworth ad: IT’S MY MONEY AND I WANT IT NOW! 877-CASH NOW!

Here, you can see what the author did:

Let’s take a look at one more emotional trigger example.

Who’s afraid? They are!

Fear is definitely one of the top-three emotions that customers experience. When it comes to retail, there’s all sorts of things that potential customers fear, such as:

Smart marketers should take full advantage of a potential customer’s fears. It might sound sinister in real life, but in marketing, it’s highly useful…because it works!

And speaking of fear, PPC ad marketers should definitely fear spending another dime on ads that aren’t going to convert, will tank their Google Quality Scores, and cost them up to 400% mark-up on bidding cost.

But here’s some comforting, reassuring news:

The use of emotional triggers could very well ease the common issues that causing wasteful marketing fails!

If you’re interested in learning even more about the most current trends in paid search, you need to download ROI Revolution’s Ecommerce Paid Search Report. The report details key insights and strategies gleaned from their 300+ clients and offers up a competitive advantage that every retailer needs to get ahead.