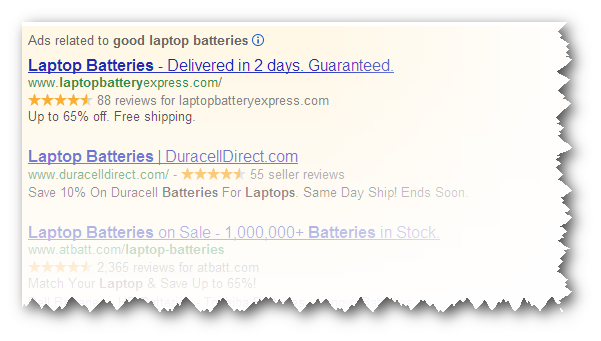 9% of all Internet users feel that advertising is the great whore of the Internet — or at least a great inconvenience. This is the estimated number of Internet users who have installed AdBlock Plus as an ad blocking tool to strip out all known online advertising from their Internet browsers.

I understand the misery, although I’m definitely not the average Internet user.  My advertiser empathy began a long time ago.  Growing up, I would hate it when my parents muted the television during commercials.  I was captivated by the messages and couldn’t stand not being able to hear what the people in the commercials were saying.

Besides this multimedia curiosity, I felt we all owed a debt to the advertisers since they had paid the tab for the TV shows.  Muting ads just seemed ungrateful.

I now make my living working for an online advertising agency.  We place millions of dollars worth of ads online every month for our ecommerce clients.

I personally don’t mind banner ads — those can be ignored.  It’s pre-roll video ads that really irk me.  Especially when trying to watch short news clips on CNN.com.  Every 60 second video clip is preceded by a 30 second video ad.  And it is often exactly the same online advertising before each video.  (Google is more kind to YouTube users with their skippable pre-roll ad format: TrueView Ads.)

So when I learned about a new device that promises to rid the web of all advertising, even these annoying pre-roll video ads, even I was intrigued.  AdTrap is a piece of hardware that sits between your Internet connection and your router and blocks all known online advertising from every connected device. 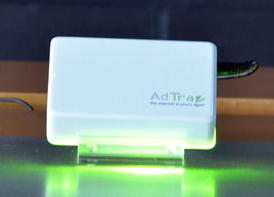 Assuming full finding is reached on Kickstarter, AdTrap will be released by February 2013.

I think I might buy one.  I’ve already pledged $1 just so I’ll have first dibs to purchase when it is released.  I justify it this way: blocking ads doesn’t hurt advertisers directly.  It’s not the advertising who loses out most, it’s the publisher.  When a sizable percentage of an audience become zombies, the publisher must lower their rates.  Sure, the advertiser misses out on the opportunities present in the additional volume… but they can just increase their ad buys by this percentage using other channels to regain their volume.

There are two avenues for how this will all play out.  Both will occur simultaneously:

Given these issues, two advertising formats show the most promise…

Paid search advertising, such as Google AdWords, is the most well-aligned advertising format for retailers to date.  Someone shouts out: “Hey Google, tell me where I can get some good laptop batteries.”  Google responds by providing a venue for retailers to whisper back, “I’ve got some top-rated batteries in stock for $37.50.  With free shipping you can have them in two days.”  Even the most ardent ad blocker would appreciate this ad.

Social media marketing isn’t the other answer.  These are just as intrusive.  Instead, relationship-based affiliate marketing is the second advertising format I’m proposing ecommerce advertisers continue to invest.  But not just any affiliate.  These affiliate ads are chosen for you personally and presented in a non-intrusive manner based on your existing relationship with another person or company.

Affiliate marketing has a bad rap because of lazy marketers who spam their advertisements indiscriminately.  Relationship-based affiliate marketing, on the other hand, is from a trusted entity you know and trust.  Inasmuch as it is personalized, it cannot be blocked by software any more than ad blocking can filter out an email from a friend.

Whining about the ad blocking reality won’t help.  Don’t get mad at your target audience for blocking ads.  Face the reality and become a better marketer for it.