Posted on October 12, 2017 by Terri Scott in Featured, News, Retailer Spotlight with 0 Comments 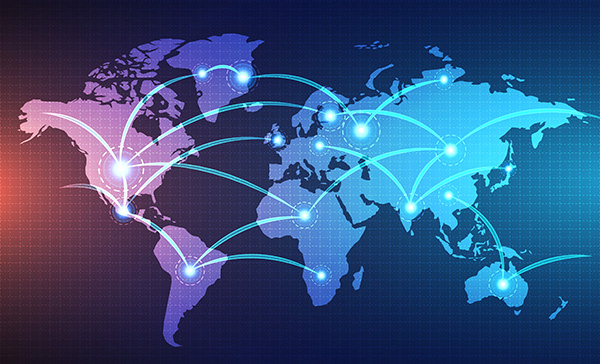 After deciding that there had to be a more efficient, more socially-responsible way to begin an import/export business, Roberto Milk (along with a team of five others) decided in 1999 to launch a new company. This company that became both an eCommerce platform for international commercial artists, as well as a network for emerging artist/entrepreneurs to realize their dreams of earning a decent income while enjoying the work that they love.

That company’s name is Novica.

When did this all start?

The Novica story started in earnest in 1999. One of the founders, Roberto Milk, conceptualized a way to marry the idea of social missions, and artistic entrepreneurship. Specifically, both his maternal and paternal grandmothers provided the inspirations from the work they were endeavoring upon in their respective lives.

How did this get started?

According to the Novica site,

With our team of dreamers assembled, our mission was now clear – we were going to reinvent the import / export process for artisans and find a better way to sell their products to the world. We incubated the idea for 5 years and launched NOVICA in 1999.

The company focused on their first region by summer of 1999, finishing the year with four regions of artisan entrepreneur collectives located in The Andes, Mexico, Brazil, and West Africa.

Who exactly does the Novica site platform benefit?

The beauty of the Novica site/platform is that it offers a clear two-sided benefit for both the artisan entrepreneurs, and the consumers.

First, it benefits the entrepreneurs by allowing them to have access and reach to consumers who are geographically out of their reach. The type of consumers who shop on the site would also be out of reach for the artisan because they don’t have the financial resources to invest in the type of advertising required to generate revenue.

Beyond these factors, the artisan entrepreneur benefits because thanks to their associate with National Geographic, and thanks to ambassador collaborations with celebrities such as Elizabeth Gilbert, the artisans are able to present their products to a consumer demographic that is cultured, educated, has disposable income, and typically, is socially aware and responsible.

The global reach of Novica

As mentioned, Novica’s network of entrepreneur artisans started out in four countries/global regions which includes Mexico, the South American Andes, Brazil, and West Africa. With time, the regions and list of countries expanded to include Thailand, Bali, India, and Peru.

This global network allows any participating artisan to enjoy the same level of reach, marketing, backing, and potential for revenue generation, regardless of their actual location, education level, or lack of technical training. Novica’s eCommmerce platform truly allows previously disenfranchised entrepreneurs to earn a living and grow their businesses.

As an added bonus, the artisans get to earn a living and provide positive assistance to their communities through their work. In fact, many artisans have been able to expand their business operations to the point of hiring new artisan workers, thus providing employment opportunities in their communities.

According to the Novica website, by 2014, over $50 million dollars was generated and sent to the company’s global network of artisan entrepreneurs. Concurrent with this fabulous milestone, Novica celebrated its 15-year anniversary in 2014.

Along the way, one of the challenges that became apparent within the international artisan/entrepreneur community was lack of access to business capital. In first-world countries, entrepreneurs have banks and/or finance companies to rely on when they need an initial cash infusion, and more as the need arises.

But the majority of artisans in the Novica network live in regions that don’t possess the same financial infrastructure that first-world entrepreneurs enjoy. Based upon this, and based upon the dire needs of potential entrepreneurs in other fields outside of the arts, Novica’s partnership with the micro-lending platform Kiva was born.

In June 2012, we partner with Kiva to expand our existing microcredit program, giving our artisans access to Kiva’s 1 million lenders, and raising over $240,000 at 0% interest in the first 12 months!

From Bali with pride and love

I’ve personally experienced consumer engagement with the Novica artisan platform. Ordering was as simple as selecting an artisan from whom to make a purchase with, selecting my product to purchase, then waiting for my hand-crafted product to get delivered to me in the mail.

One of my purchases came from one of Novica’s most in-demand artisans, Buana, who is currently located in Bali. Here’s a snippet of Buana’s story:

Before his days with NOVICA, Buana sold his jewelry designs door-to-door in the tourist areas of Bali. Business was tough, and local store owners were often slow to pay. All this changed when he joined NOVICA 7 years ago.

Buana now employs 28 of his neighbors to keep up with demand, and can now afford to send both of his children to school.

A few months ago, I became one of Buana’s new customers, and I was thrilled to receive my custom-made, Balinese moon-warrior ring and earring set. While I will never personally meet Buana, I felt immensely grateful to own a slice of culture from the other side of the world.

More than this, I’m grateful that the revenue that was generated from my purchase will allow Buana to continue to support his family while also allowing for much-needed employment in his community.

Novica shoppers have the option to select from the overwhelming selection of products according to occasion, price, and personality. They can select from jewelry, home decor, fashion, painting, and other unique gifts.

These items are perfect as gifts, keepsakes, and heirlooms. What’s more, they serve as artifacts to promote cultural exchange, and education.