Use Google Shopping to Compete with Amazon 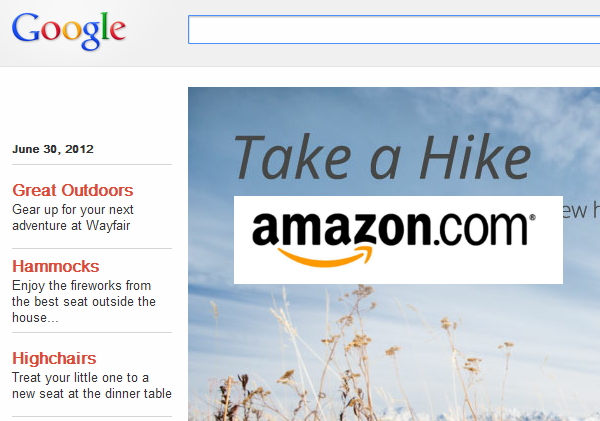 As everyone knows, Google dominates search market share. Upwards of 65% of all searches online originate with Google. Google has been slowly losing search share, however, on the most lucrative searches — the ones with a purchase intent. Can you guess where those searches have been going?

Nobody thinks of Amazon as a search engine, yet when a shopper knows what they want, they often bypass Google and being their search directly on Amazon.com. Amazon is a retail powerhouse.

In fact, over the past few years, Amazon has enticed other merchants to set up shop and to sell their wares directly on Amazon’s site. Relatively unknown merchants can piggyback on Amazon’s market share and brand trust to make additional sales… at a major cost of their own business and competitive independence. Amazon is Big Brother to these merchants, aware of their most profitable products and customers.

Yet Amazon is also their biggest competitor. It is a very imbalanced partnership which Amazon uses to increase their own market domination. As can be expected, merchants by-and-large despise Amazon as their evil overlord.

Instead of seeing Google Shopping through through the “I’m devastated that Google is taking away free Google Product Search” glasses, try to see it on its own merits.

If Google had come out of nowhere with their Google Shopping platform, it would be a hit. For product-focused queries, Google is turning from search engine to marketplace. They are pushing their Trusted Stores certification as a way to lend 3rd party credibility to the best merchants selling on the platform. They will even charge merchants on a commission-based percentage of sales model if that works better than paying per-click.

Google Shopping will become a major destination site for buyers. There are even rumors they will launch a shipping program akin to Amazon Prime. Buyers would pay a yearly fee for free shipping through all “Google Shipping” merchants.

Will Google become the archenemy that Amazon has become? No. Merchants only hate Google because they need them. The difference is that Google doesn’t compete with merchants. Google has nothing to sell except advertising.

Yes, the heyday of free Google Product Search is about to be over. It was an anomaly. And those crying that Google Shopping is akin to paid inclusion… quit your complaining. Organic results will continue for all searches. But if you want a picture of your product on the largest search engine in the world, you will have to pay.

Google does nothing without considering user experience. This is no short-term revenue play. Paying for inclusion in Google Shopping will clean up the shopping spam and allow serious merchants to stand out front-and-center. And now Google has a monetary incentive to drive more traffic to Google Shopping itself. Indeed, links in the new Google Shopping highlight box will point directly to Google Shopping for thorough product descriptions and advanced filtering.

Google has developed a platform that will steal marketshare away from Amazon and hand it directly to you. Google will benefit from the click payments, no doubt. But you’ll pay them no more than required to make the sale and still turn a healthy profit.

Google Shopping is about to separate serious retailers from part-time opportunists.

I know it hurts, retailer. You’ve been thoroughly enjoying the free traffic from Google Product Search. Bite the bullet and get smart with Google Shopping. A fortune of customers are starting to flow through it.