Posted on February 13, 2015 by Rachel Novotny in Content Marketing, Marketing, Social with 0 Comments 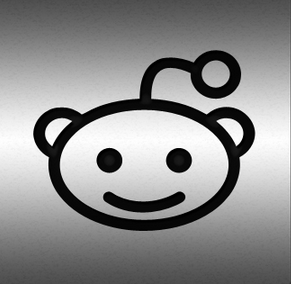 You have the right to be overwhelmed.

If you’ve looked into various social platforms for sharing your content and walked away thoroughly perplexed, that’s ok.

You’re not alone. Sharing marketing content – especially within the arena of social media – is a formidable task.

Often (erroneously) seen as the red-headed stepchild of social media, Reddit is the platform you can’t ignore. It doesn’t follow the traditional rules or values of other social media outlets, but, love it or hate it, Reddit is “the front page of the internet” and can play a vital part in your marketing campaign.

And yes, it is possible to make Reddit work it’s viral content magic for you. Here are a couple pointers for getting your Reddit presence off on the right foot.

As you browse the expansive collection of internet musings that is Reddit, become aware of the culture, lingo, and behavior of Reddit.

Unlike social mediums like Facebook, there’s a very limited tolerance of what is considered “acceptable” on Reddit, and users will have no qualms about calling you out for your actions, either.

Don’t let this steer you away from Reddit, though! Study the culture, brush up on your Reddiquite, and you’ll stave off the angry mobs.

2. Give (and Receive) Upvotes!

Upvotes are a distant cousin to likes on Facebook – it’s a show of approval or interest. However, unlike Facebook, your  entire Reddit existence can hinge on your posts’ upvotes. Upvotes boost your post’s popularity and visibility.

Conversely, downvotes can lead to your downfall. If you receive a sufficient number of downvotes, your “Karma” will be dinged, and ultimately your Reddit existence could be in jeopardy.

As is the case with blog posts, an excellent title is the difference between receiving Reddit love and being shoved into obscurity.

4. Be a Part of the Community

Ultimately, Reddit has the feel of a huge family and is all about a sense of community. Just as you would take offence to a friend who “came over for dinner”, but three bites into the meal, began pitching his new line of cleaning products to you, Redditors are leery of someone invading the community to make a sale.

Give the same courtesy to Reddit users. Don’t barge into their virtual “home” and overwhelm them with sales pitches. Courtesy and offering VERY infrequent posts about your own products are key.

Comment on other people’s content – with relevant comments. Just saying “I agree” isn’t enough. Contribute to the conversation and be a team player!

Other Things to Know:

Don’t shorten URL’s. Brevity is unnecessary. Tech-savvy Reddit users want to know what they’re clicking on, and where they’ll be directed as they realize the risks faced by opening an unknown link. Your links will die, unloved and alone, if you use a shortened link.

Don’t try to hack the system. Redditors are pretty sensitive to hacking, so be patient and participate! If someone offers to let you buy their upvotes – don’t do it! It’s not part of the system, and you’ll ultimately look suspicious to the rest of the community. By the same token, don’t go crazy upvoting and downvoting content just to appear active. It will not be appreciated, and you may be asked to put a temporary halt to your activities.

Use Reddit to pick up on trends. Aside from the content sharing factor, Reddit is a superb place to discover the latest trends for a given topic or industry. It’s an excellent way to keep your “ear to the ground”.

Roll with the punches. You’ll need thick skin to participate in Reddit. This online community has NO qualms about telling you their true feelings on a given post. So, while you can see much love, you may see your share of naysayers, too. It’s ok. Pick yourself up, move on, and don’t make the same mistake again.

Reddit is a tight knit, peculiar community. But, is it worth it? Most definitely! When posts go viral on Reddit, they’re seen by millions of users. That’s right – millions.

Take the time to cultivate the relationships, and do your part to earn good Karma. While it could take months or even a year to see a link shared on Reddit, it’s worth it.

The bottom line is, be a useful, contributing member of the Reddit society, and enjoy the process! Don’t try to spam or gamify the system – not only will it annoy other Redditors, but it’s just plain wrong (like the dinner-guest-turned-salesman).

And remember, those on the receiving end of the posts are people, too. Post content that you’d want to see from them and consider their feelings.

Play by the rules, and enjoy the fun that comes with the community. Your brand has great gains to be made there, but only through community-centric, ethical practices.

Have fun, and may the karma be ever in your favor!

I’m a Paleo foodie, coffee connoisseur, and writer who is passionate about helping people achieve their potential. I divide my time between crafting written word, making memories with friends, adventuring with my husband Dave, pretending I know what I’m doing in yoga class, and exploring San Antonio with my Husky mix, Jackie. Follow me on Linkedin or Twitter!